On October 11th, the Grade 7 soccer team ventured off to Pacific Academy in Surrey to compete against the bigger Christian elementary schools in the Lower Mainland in the CESS Soccer Tournament. The team held their own and proved that they belonged. The team finished 1-1-1 losing in a shootout to Abbotsford Christian in round robin play. Unfortunately, the shootout loss relegated them to the consolation bracket. The final two games of the day showed that the loss would not deter them. They won both by outscoring their opponents 12-7 and finishing 5th overall in the tournament.

Thank you to Coach Joey Federico for coaching this year’s team. Looking forward to next year. 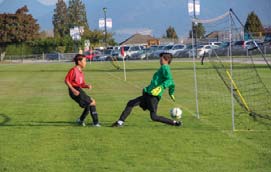 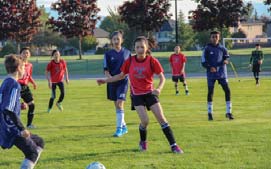 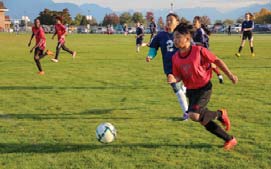